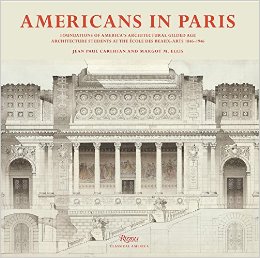 A lavishly produced volume documenting the work and history of American architecture students at the influential École des Beaux-Arts, Paris. The École des Beaux-Arts in Paris, renowned as one of the great art and architecture schools, is the namesake and founding location of the Beaux-Arts architectural movement. Known for demanding classwork and setting the highest standards, the École attracted students from around the world, including the United States, where students returned to design buildings that would influence the history of architecture in America, including the Boston Public Library of 1888–95 (Charles McKim of McKim, Mead & White) and the New York Public Library of 1897–1911 (John Carrère of Carrère and Hastings). This book presents a comprehensive overview of the seminal early work of a century of American architects who studied at the famous school before going on to design and build many of the nation’s most important buildings and monuments.(publisher's description)