Hi, I’m Mudita Agarwal from Kolkata, India. 3rd year design student in National Institute of Design, Ahmedabad. I came to Israel for one semester from February to July. I came to Israel with 4 other friends, 3 in Visual communication design with me and one in Industrial design. Our friends from the previous semester were also here for a bit and we got an introduction to the city of Tel Aviv. They were our guides for buying groceries, apps to use, places to visit and covered just about everything.

For the first month, we were just awestruck to see how the culture was different and yet so similar to that of India. We got a lot of attention from passerby's and shopkeepers as every Israeli has a soft spot for India and their eyes gleamed with excitement as they were eager to tell their stories of India to us. 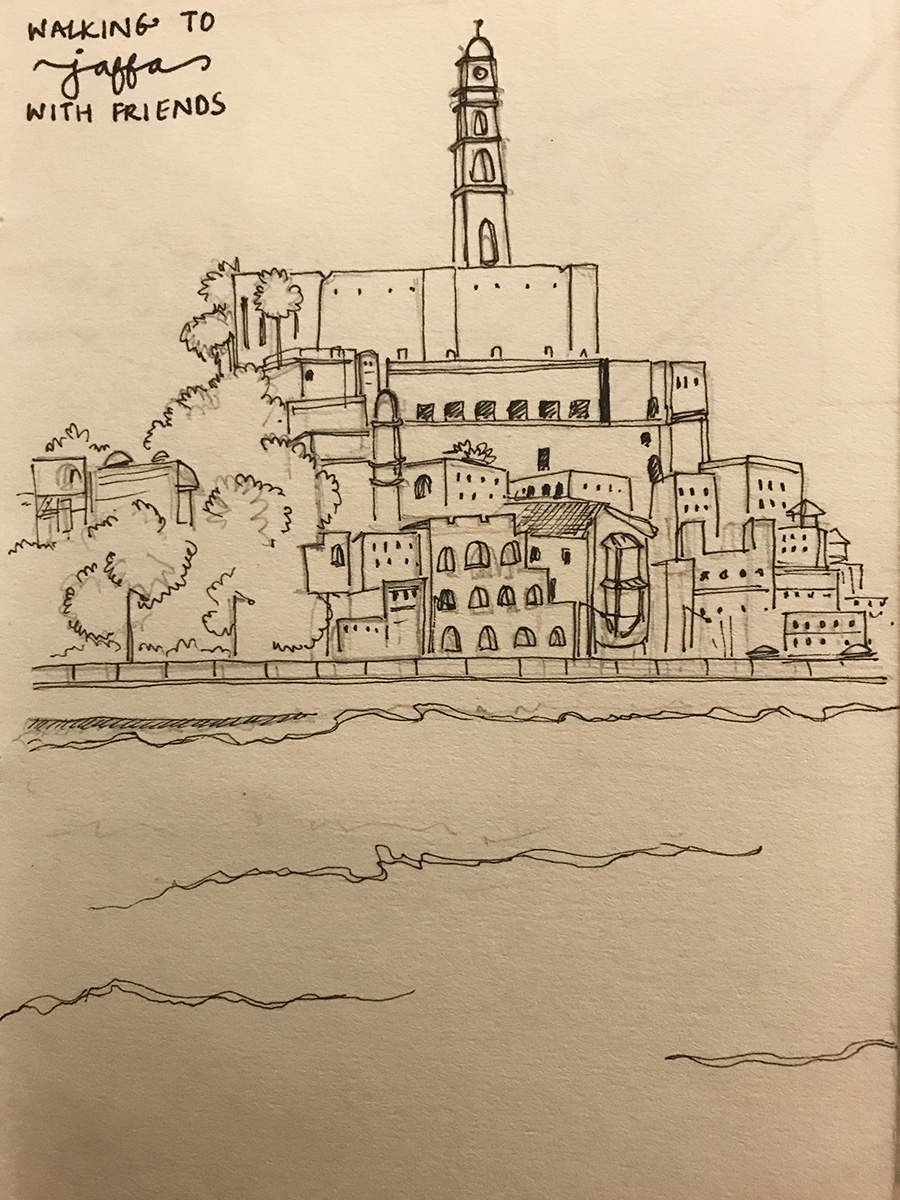 walking from tel aviv to jaffa with frieds, Mudita Agarwal[/caption]

During my time in Israel I liked maintaining a journal in which I doodle or sketch as and when I find something memorable. The sketches I made are some of the first experiences I've had here in Israel. Walking by the beach all the way from Tel Aviv to Jaffa with friends, visiting Jerusalem during Passover, Experiencing the art and culture through the lanes of Nachalat Binyamin, all have left a lasting impact on me. 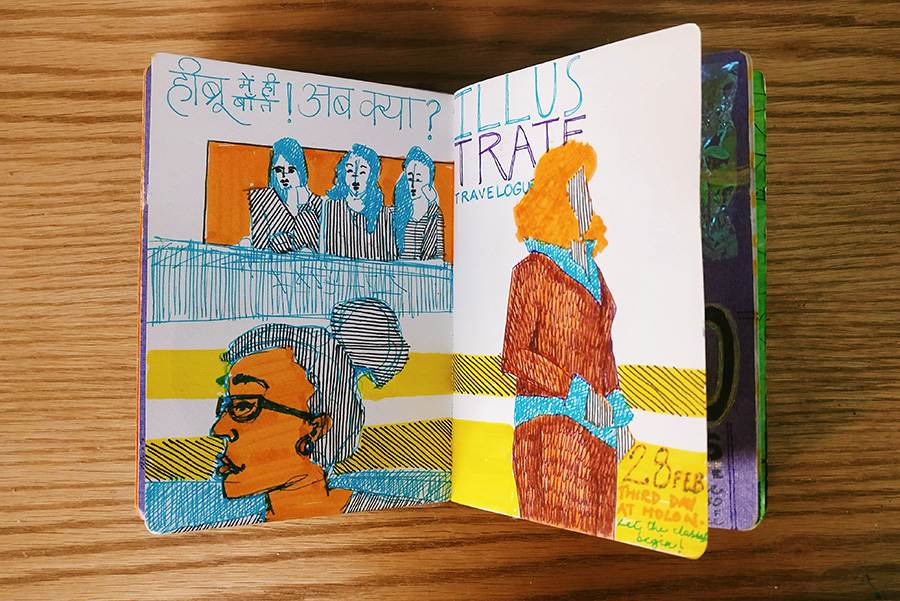 We were anxiously waiting for our classes to start and the faculty and students were extremely patient and incredibly helpful with us. The courses I picked were: Instant Culture with Glendon, User Experience Design with Orit Zeitouni, Typography and Motion with Oded Ezer Branding with Peddy Mergui and Israeli Body with Aviv Lichter. 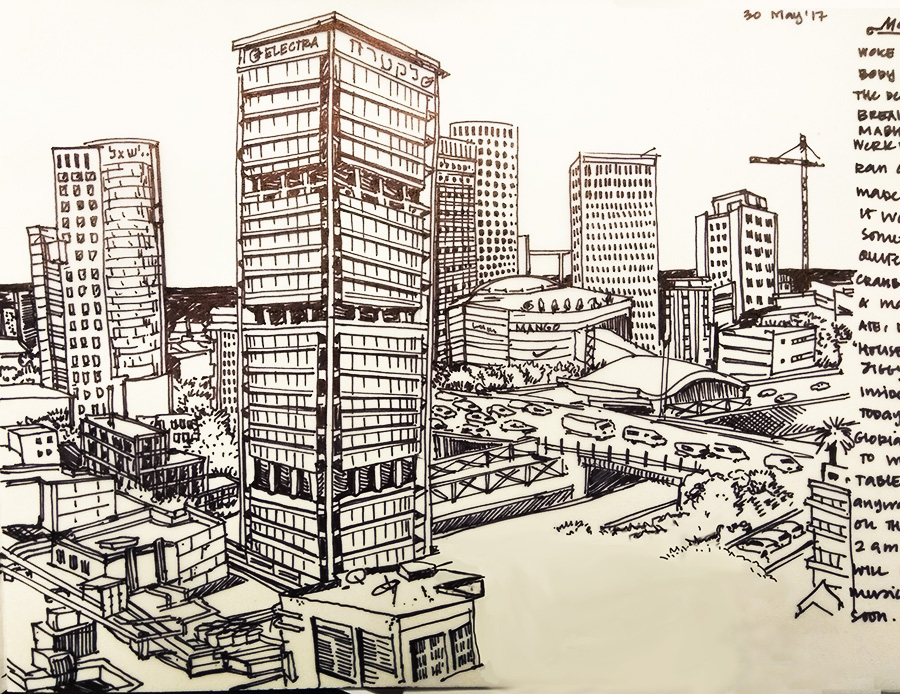 The workload came as a shock initially, as in India, we usually have only one course at a time and here we were working on a different course everyday! But we soon managed to join the flow and started making friends from our classes, participating in class discussions, hanging out with our friends and sharing so much about our respective cultures. We've learned so much from the teachers and the students, something that reminds us how fruitful an exchange programme can be. 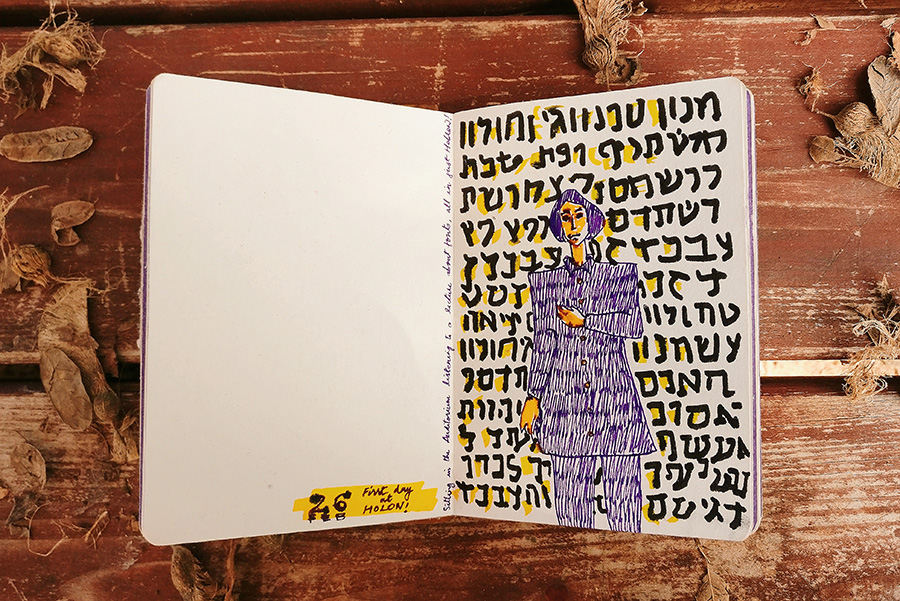 So confused with all the Hebrew floating around – Shweta Ratanpura[/caption]

Since the classes are in Hebrew, there would be (A LOT OF) times we wouldn't understand what was being discussed or the jokes that were being shared. But the students were extremely kind and would translate everything to the best of their abilities. However, we did start to understand the gist of what was happening through the gestures, visuals being discussed and atmosphere of the class. after all – we are studying Visual Communication. 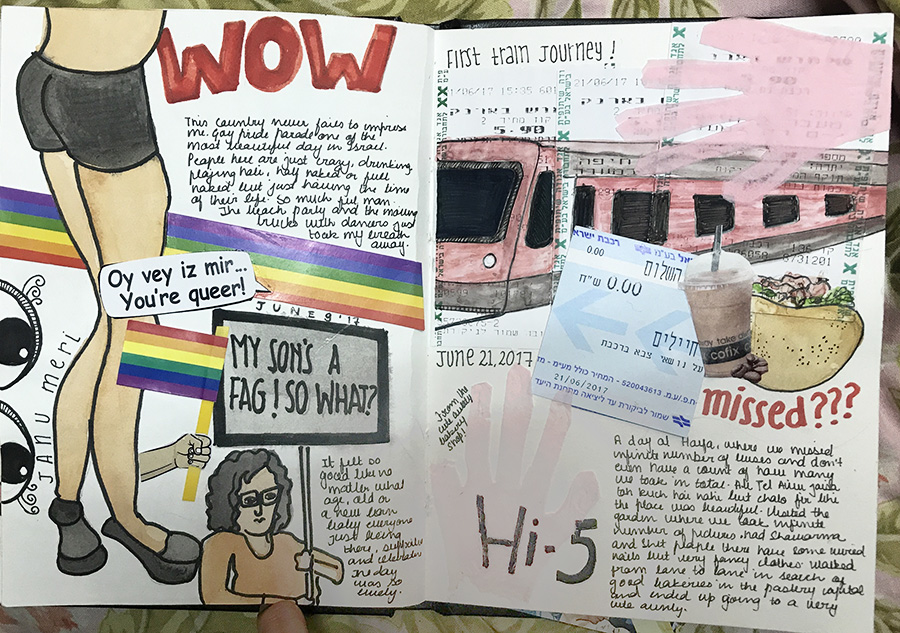 Apart from our work, we realised we came at a culturally well timed part of the year as we got to see the spirit and celebrations of various festivals like Purim, Passover, Shavuot, Independence Day, Laila Lavan etc. The people are so warm and welcoming and we tried to celebrate the festivals with equal spirit. The Purim costumes were extremely intricate and fascinating. 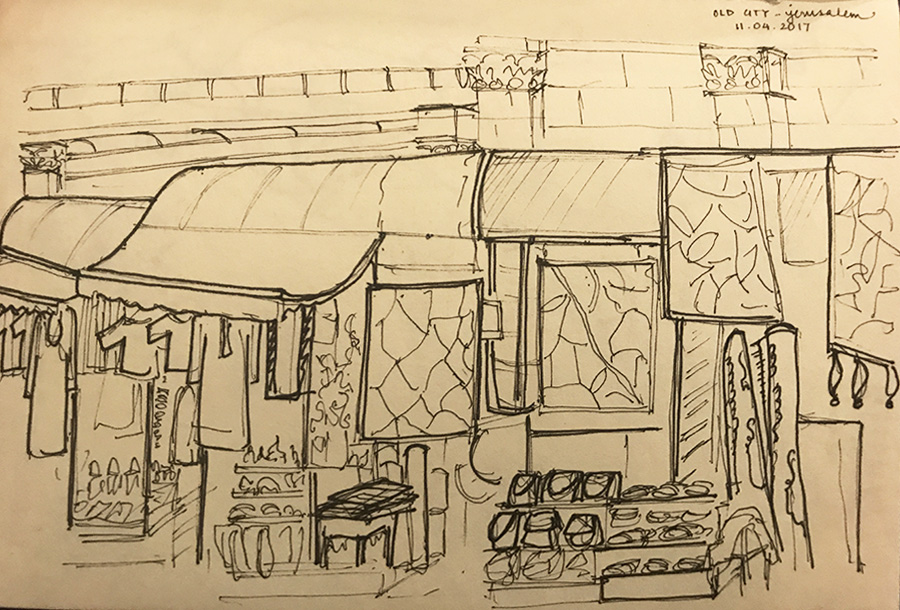 I also visited the Memorial Day Service at Mount Herzl in Jerusalem. It was a spine chilling experience to see family and friends remembering their loved ones all together. We also experienced seeing so many people in the uniforms carrying their bags and guns regularly for the first time (Which we found pretty cool and sometimes attractive).

What we were not used to, was going to class on a Sunday and having a holiday on Fridays! It did become a bit of an inconvenience as shops would be shut and we wouldn't be able to plan weekend trips on Fridays and Saturdays but it is interesting to see the dedication with which quality family time is given value. 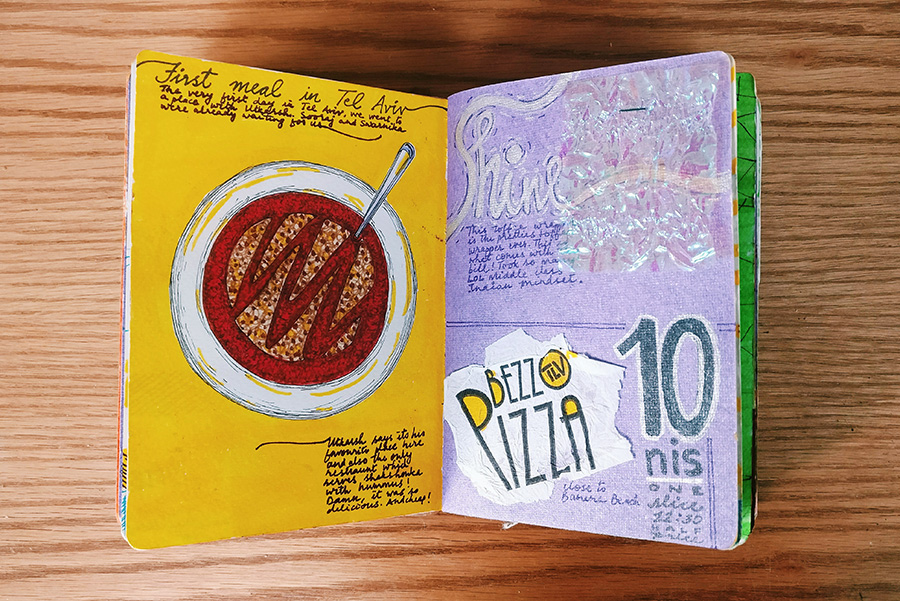 One of the highlights of the exchange was also exploring the food.

We have been gorging on Falafel, Shakshouka, Sabich, Hummus (LOTS of it) and Meshulash. More than anything else here, we would probably miss all the food. Even the desserts, Malabi, Knafeh, Baklava are insanely good and some of our friends at HIT baked really good stuff too.

I wrote a blog on some of my food experiences in Shuk HaCarmel. 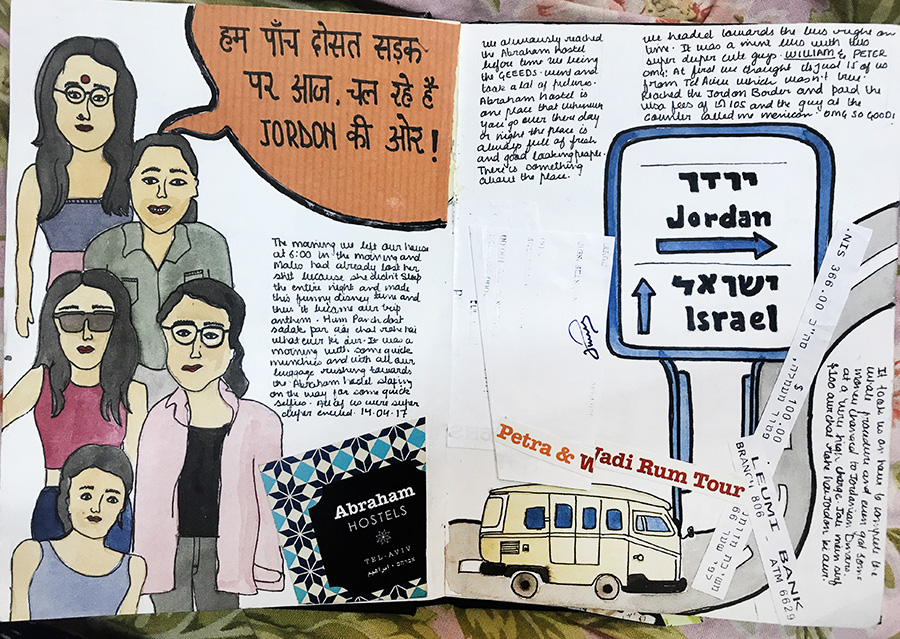 A trip to Jordon, Jigyasa Thukral[/caption]

All in all, it's been a great experience in Israel and HIT. We have made friendships for keeps, we've learned so much more, academically and personally. It's HIT-ting hard now that we are leaving so soon and that our exchange Israel-ly over. We are grateful to all those who helped to make this time cherishable and we look forward to coming back soon! Anytime anyone from here would like to visit India, do drop in a message and we'd be happy to help.